Impressive, but with concerns

I’ve always had a thing for big sedans, whether it be ultra luxurious or stripped down ‘boat’ with cloth seats.  I LOVE a good long road trip and the ‘bigger the better’ mantra is all about me and my desire to drive through multiple time zones.

This is only the 2nd Continental I’ve seen in our fleet and missed the chance to take the first one for a spin other than on the airport property for barely 3 minutes.  I touted these to several customers before with their amazing 32-way power seats, but egg-on-the-face-moment this “Premiere” trim is only a 10-way.  I was instantly comfortable by just moving the seat back a little bit for my long legs, so I wonder what benefit would an extra 22-ways of movement be to anyone.

The hood isn’t usually something I focus on, but the paint was thin and uneven in spots and not expected of any modern car, especially a Lincoln, in this price range.  The 2nd generation Lincoln in the 1950’s was priced to compete with Rolls-Royce and at the time was the most expensive domestic car for sale. 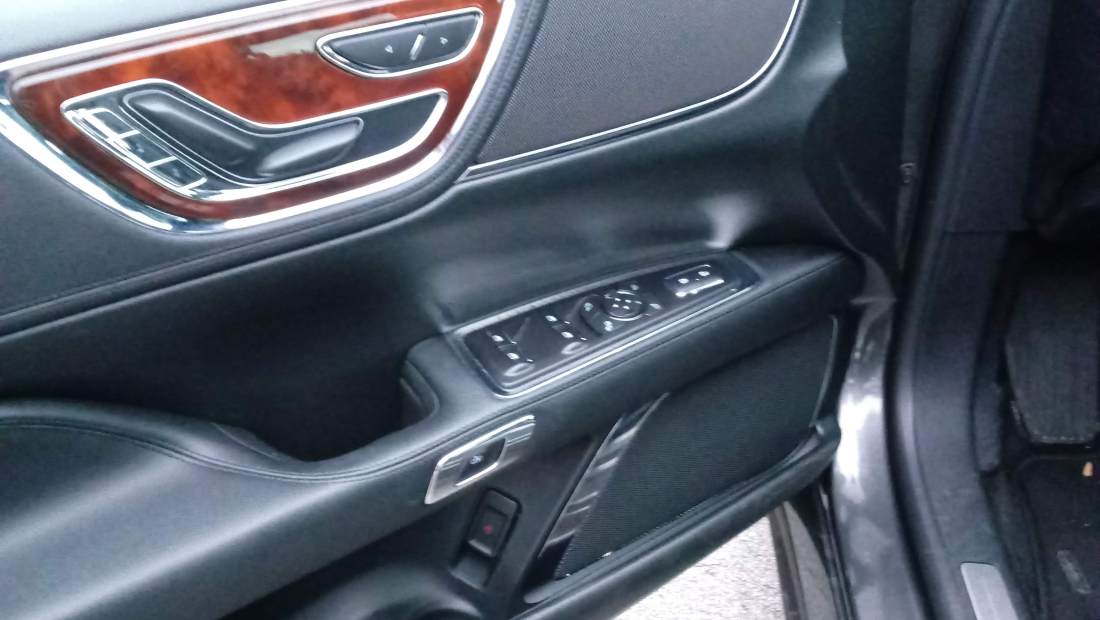 The interior was beautiful.  The woodgrain inlays in the doors, center console, and dashboard looked amazing with the black leather interior.  A safety concern is the electronic door handle within the chrome surround under the rear power window switches.  In case of a complete battery failure, the red-centered manual release below is the only way to escape the car.  That could be bad news for rear seat passengers.  The driver’s door was already showing signs of needing assistance with a little push to open the door.

Another concern was the nearly useless side mirrors.  I understand the goal of the smaller blind spot corner mirrors is for safety, but a light notification of a car in the blind spot would definitely be more appropriate.  During a brief daytime heavy rain, I had no idea what was behind me using either mirror.

Although I’m curious to see how the obviously thinner veneer of the rollaway cupholder cover holds up over time, it does look amazing at a year old.

As with most cars I’ve driven in our rental fleet, the sound system is the Lincoln was exceptional, although the separation of the high/mid/low frequencies could use some fine tuning.  The bass coming from the rear was so strong it was approaching chair massage levels.  I guess part of me is still a 17 year old kid thumping bazookas in the trunk of a 1984 Cutlass.  The transmission status to the left isn’t just a display, that *IS* the gear selector.  It was so odd reaching onto the dash to change gears that it made the circular knob in the Ford Fusion Hybrid seem normal.  The “S” for sport setting did very little in the way of performance other than making the transmission shift gears at 4000rpm instead of 3000rpm under similar accelerator pressure. 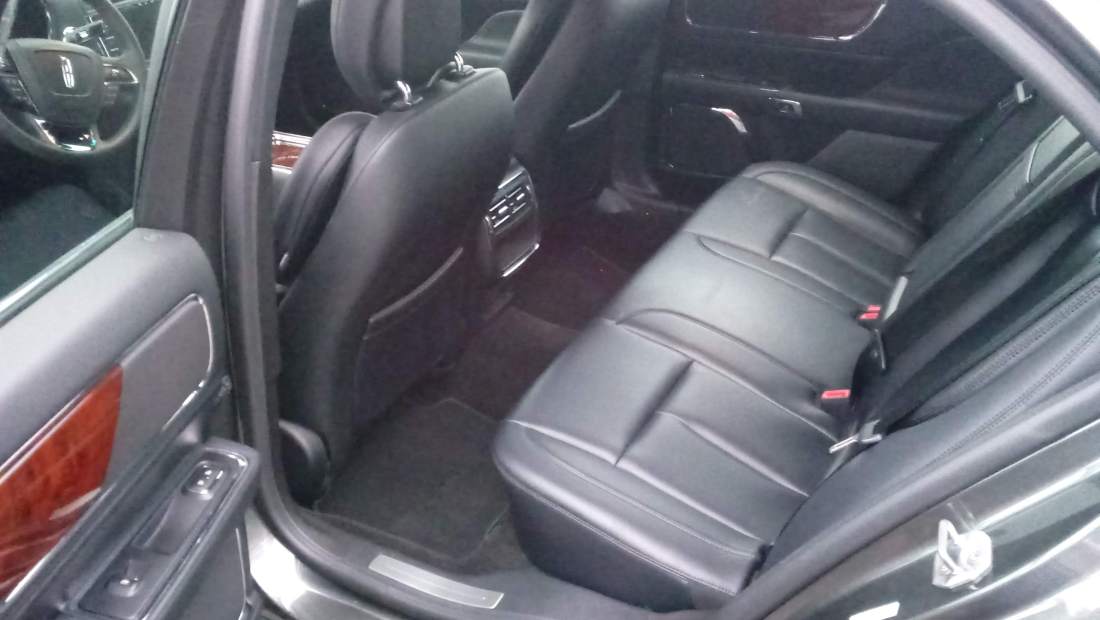 The rear seats are typical Lincoln as far a comfort and space for anyone over 6′ tall.  The rear facing A/C vents were unusually strong which would definitely be welcomed in the summer surrounded by all that black leather. 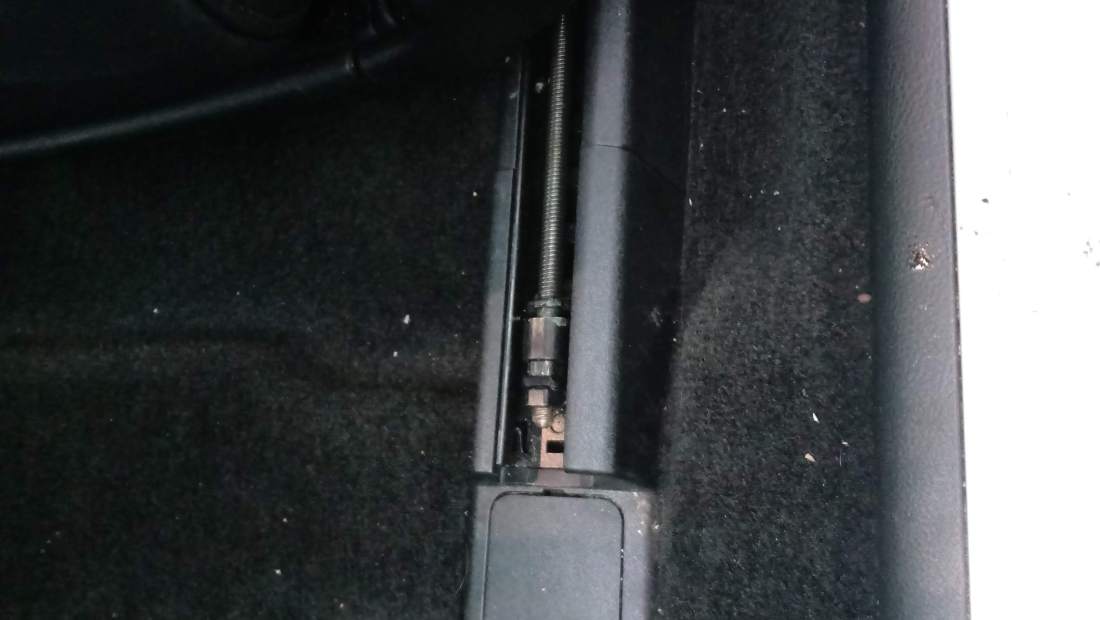 I think another design flaw is the fully exposed tracks for the seats.  A little debris, a few coins, or a dropped cell phone could really cause some frustration for someone needing to move the seat forward. 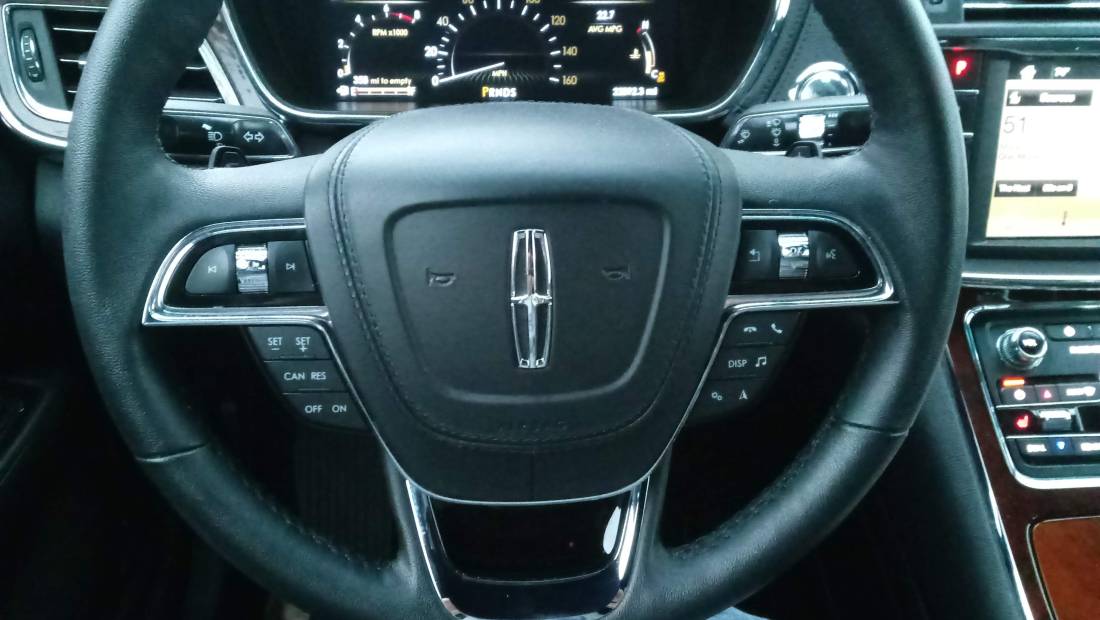 The dashboard is completely LED screen with no mechanical needles at all.  As with most upper echelon rental cars, the gauges can be configured many different ways.  I did like the constant numerical distance to empty display above the fuel gauge. 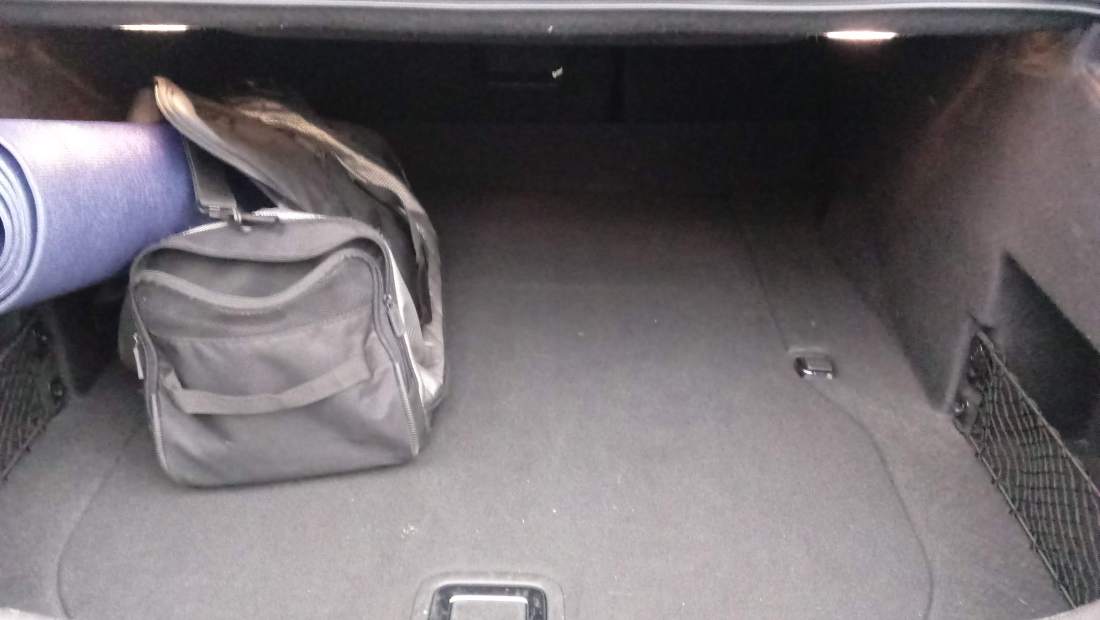 A big luxury sedan should have a massive trunk and the Continental didn’t disappoint although I found it odd how narrow, but deep.  It appeared that the trunk had a lot of sound insulation which was also key in completely covering the hinges.  This is one of the few new cars that I’m aware of that still have an electronic soft close trunk. 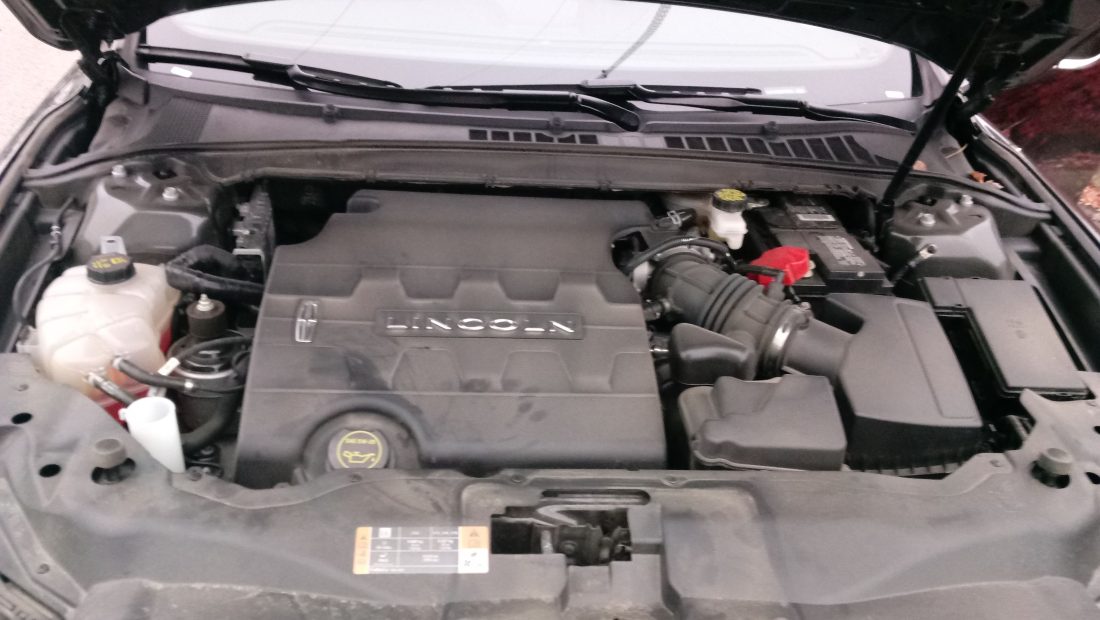 By the looks of the engine covers, it’s safe to assume this has spent some time in the desert southwest before arriving here!  The 305hp V6 was a fairly good mix of performance and fuel economy while still achieving 60mph in under 6 seconds from a stop.  The 6speed automatic was buttery smooth as expected.  As shown in the picture, the windshield washer reserve cap wasn’t attached very well and was missing when I picked it up.

The front fascia has some obvious Jaguar influence, but all Lincoln with the much more distinguishable logo in the chrome grille.

Could a 2-door Lincoln Continental with opera windows be in the works?  I hope not, let’s leave that back in the 1970’s.

Things of note:
Least expensive MSRP is $45,000.
No performance comparison to the similar sized, but underpowered Lacrosse last week.
Achieved 23mpg is in-line with the EPA stated 17CITY/26HWY.
$80,000 MSRP isn’t impossible for the optioned out Black Label trim.
Buy it? Rent it? Avoid it?
I’d never buy a new Lincoln based solely that it has been one of the worst depreciating cars sold today.  They aren’t depreciating by half in 3 years like 10 years ago, but holding value isn’t their strong suit.  I’d rent one tomorrow and drive it 800 miles a day with no worries about comfort or fatigue.  The overly complicated electronic release doors seem like a disaster waiting to happen.
Lincoln if you’re listening . . .
Picture this:  The 2020 80th anniversary commemorative edition Lincoln Continental with 20″ wheels, tweaked 440hp twin turbo, 7-speed manual, and a leather with red stitching could really fire up a new customer base.  Unfortunately, the odd gear selector would make that a not-so-simple conversion.  Limit production to 2020 examples and it could priced under the maxed out Black Label trim.
On a scale from 1-100: (1-wouldn’t pay 10% of retail / 100- pay double retail)
Buy it now – 15
Buy it later at half the current price – 35
F.E.D. (Fun, Efficiency & Desirability) – 60
Oooh and ahhh factor – 65
Recommended – 45

Tell me about your first experience with a Lincoln!  Mine, of course, was an aunt in Texas that owned several over the years.  Aunt + Texas = Lincoln.  Simple math, really.