Not the smallest Hyundai

After our Icelandic rental of an i10, I had to scope out an Accent to see how it compared.  This 2017 model (I’ve only seen one 2018 Elantra and have yet to see a 2019 Hyundai of any type in our fleet) was the only Hyundai available and it had over 30,000 miles on the odometer.  It is probably on it’s way to a retail or wholesale lot sooner than later. 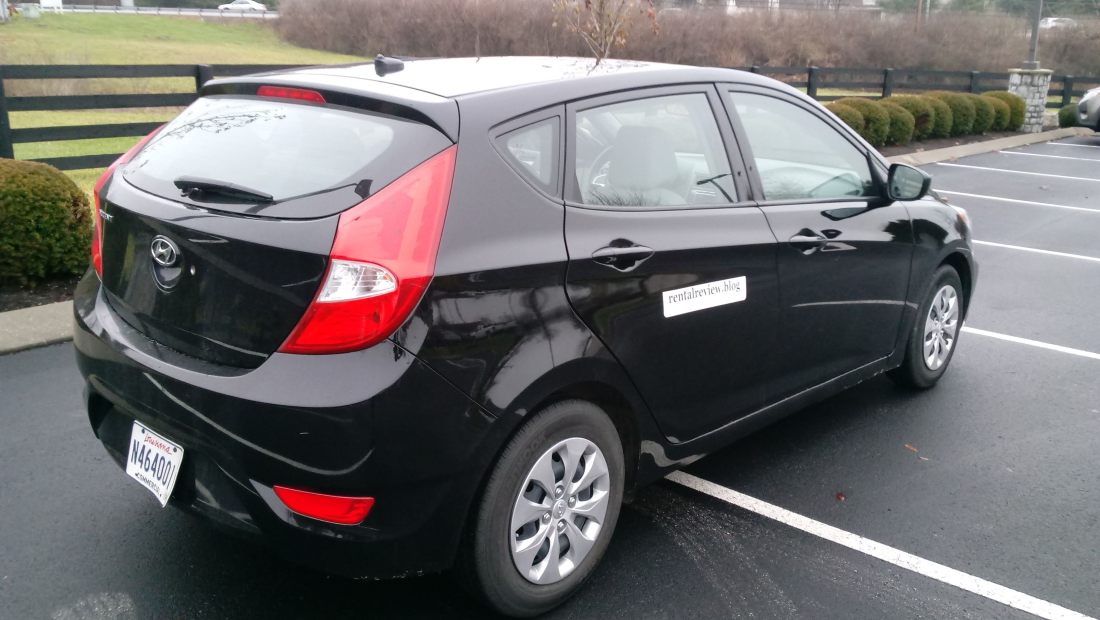 The Accent is one of the few vehicles in our fleet that doesn’t have Bluetooth capability.  Granted, this is a $16,000 car, but Bluetooth should be a pretty inexpensive safety addition just to keep drivers focused on the road instead of a phone.

Compared to the i10 we had in Iceland, this 4-cylinder 137hp Accent was a rocket ship.  The 6-speed automatic was a much needed while improving fuel economy also.

The front seats were very similar to the i10 in that they were not very supportive on the lower back.  A long-trip would be very unpleasant even though the highway ride was much better than I thought possible in a car this small.

Rear seat legroom was night and day different from the i10.  This is supposedly a 5-passenger hatchback, but even 3 teenagers would be snug in the backseat as it is not very wide.  The rear seats were more supportive and comfortable possibly due to lack of use.

If you had told me the Accent would have a tiny cargo area, I’d immediately have to show you pictures of the i10 trunk!  The Accent’s cargo hold was easily 2 times and probably closer to 3 times bigger.

The console was very reminisce of the smaller i10, but lacking the extra power outlet for the backseat.  The light color interior has held up remarkable well considering so many rental cars with anything but black cloth or leather show stains nearly immediately.   The gear shifter felt surprisingly firm, but calling it ‘sporty’ would be a stretch; not at all what would be expected in a bare bones econobox. 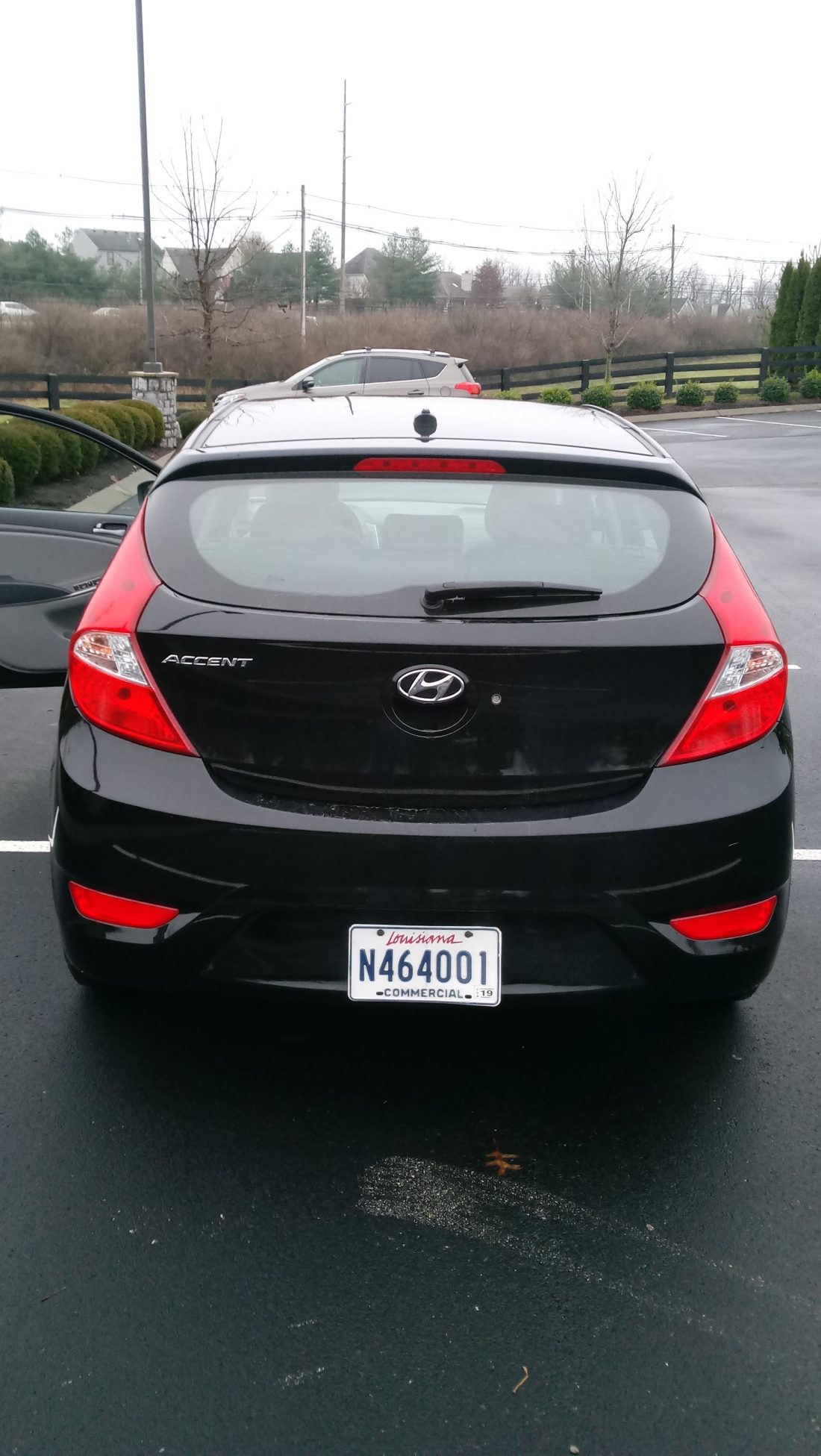 The rear end has the distinctive Hyundai tail lights and rear reflectors that are common throughout their fleet.  After driving the Accent in the dreary weather all day, I wonder if any carmaker will figure out how to make the rear windshield wiper obsolete and use wind and aerodynamics to clear the water on the rear glass.

The center stack was typical except for the recirculate button seemed to be tacked on at the bottom as an afterthought.  The sound system could have been better if the rear speakers had worked, but the bass was impressive coming from only the 2 front speakers.  Purely coincidental that the SiriusXM radio was playing a weather appropriate song.  The Accent has a CD player, but for 2019 a CD Player is no longer available and Bluetooth is standard.

As shown in the i10 blog last week, it’s 4-speed auto revved at 3000rpm at 90kmh (about 55mph) and the Accent was much better off at only 1800rpm.  The digital center is very sparse as it only 2 trip odometers and fuel economy other than what’s displayed above. 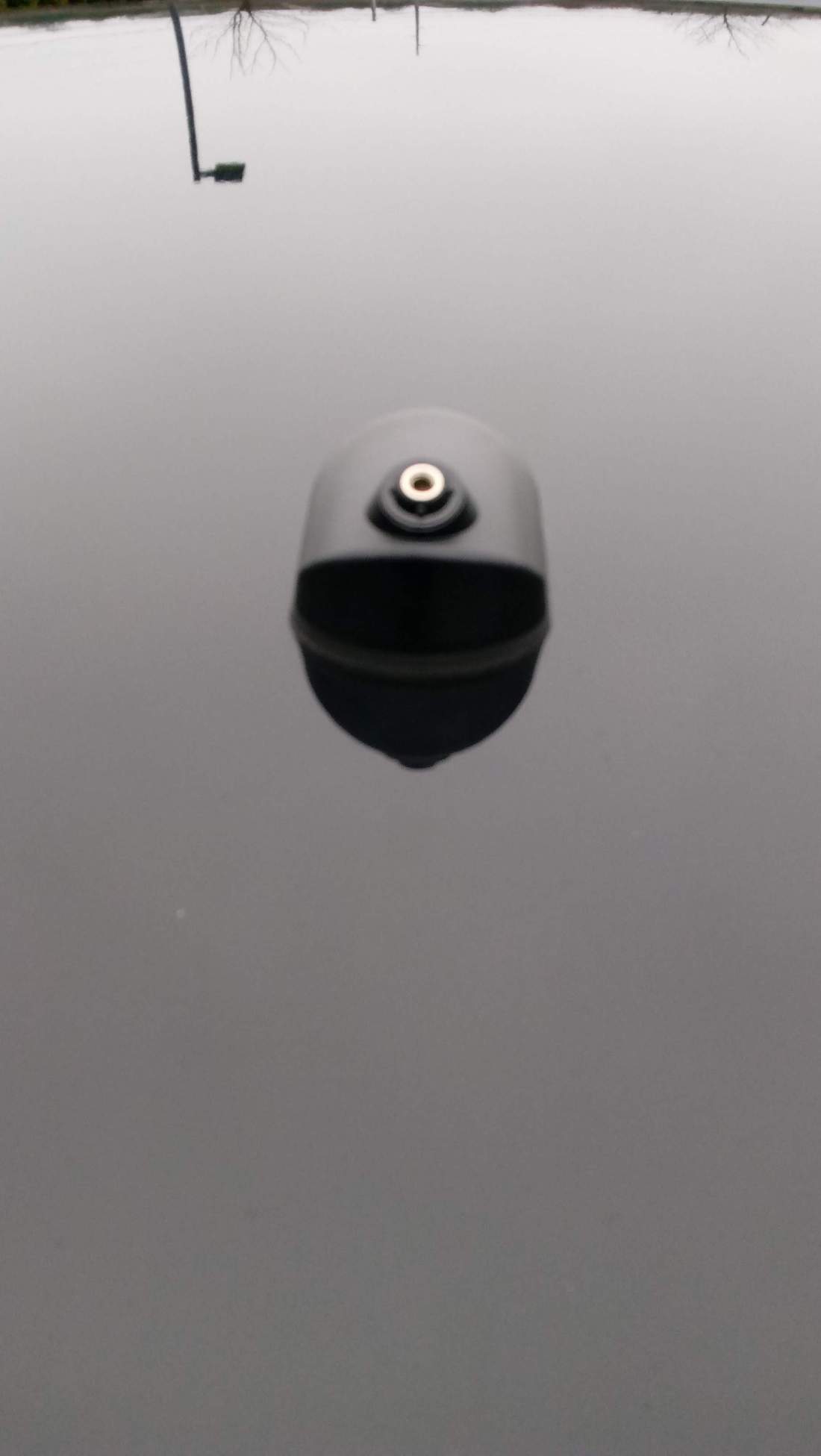 This particular Accent was missing the antenna add-on that would have helped with radio reception in parking garages, but still worked ok without it.  I’d guess one of the many car washes this Accent has seen took care of that antenna a while ago. 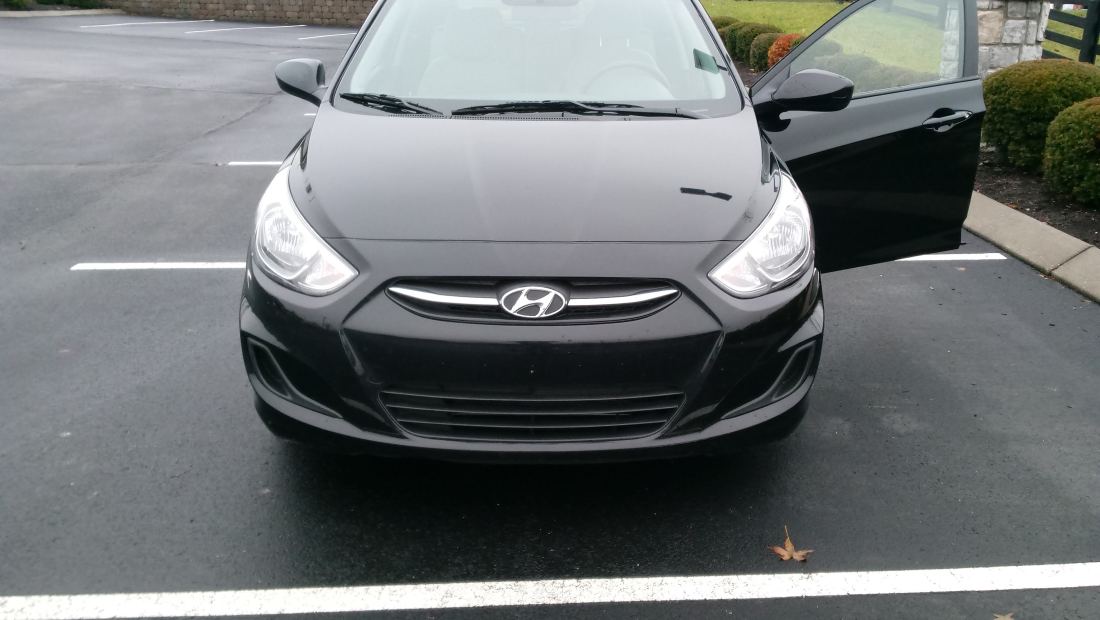 LED headlights weren’t available on the Accent line in 2017, but standard on the loaded Limited trim for 2019.

Things of note:
No Bluetooth capability.
EPA states 26City/36Highway and I achieved an expected 29 in mostly city driving.
More than double the horsepower of the i10 and only weighs 500lbs more.
Buy it? Rent it? Avoid it?
The much improved Yaris and the class leading (according to some co-workers) Focus are night and day better than the Accent.  The Yaris is much more comfortable and the Focus’s we have in our fleet are mostly the Titanium loaded trim level.  That might be why the Accent’s are being phased out and not replaced as the company appears to be upgrading the segment’s class.
Hyundai if you’re listening . . .
Regardless of price, this is as small as necessary for the USA.  Please leave the i10 to the Europeans.
On a scale from 1-100: (1- nay / 100- yay)
Buy it now – 20
Buy it later at half the current price – 35
F.E.D. (Fun, Efficiency & Desirability) – 35
Oooh and ahhh factor – 30
Recommended to rent – 30