It may as well be another planet

My first ever true international trip (besides Canada and Mexico) was to Australia in 2005.  I first noticed that Nissan Skylines were nearly as common as the Mercedes S-class stateside.  I knew that only a small part of the world automotive output was sold here and my week in Reykjavik reinforced that idea even more. 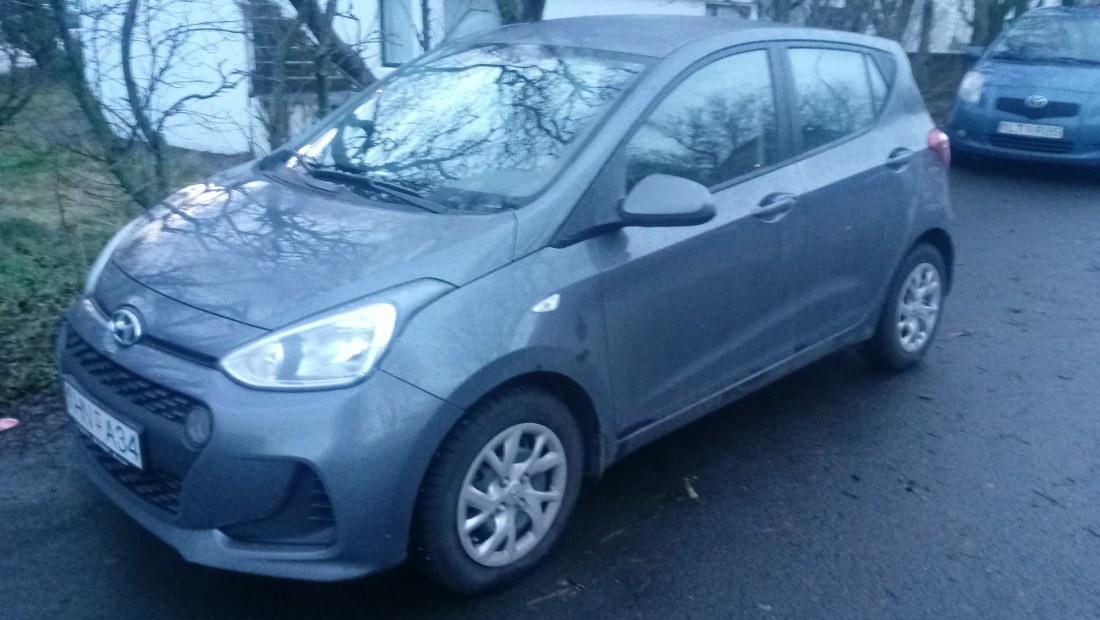 I already did a thorough review of our tiny Hyundai i10 rental.  When purchasing an i10, the 3 main deciding factors are price, price, and price.  It’s one of the least expensive new cars sold nationwide, but will still set you back about US$19,000.  If you’re only use for a car is with minimal cargo and passengers and to go from point A to point B, it fits the bill just fine.

Would you want this intimidating truck barreling down on you with all those lights on?  I thought it looked near apocalyptic, but it was much smaller than the typical 18-wheeler in the states.  I would have like to ask the driver/owner what the Indiana placard meant. 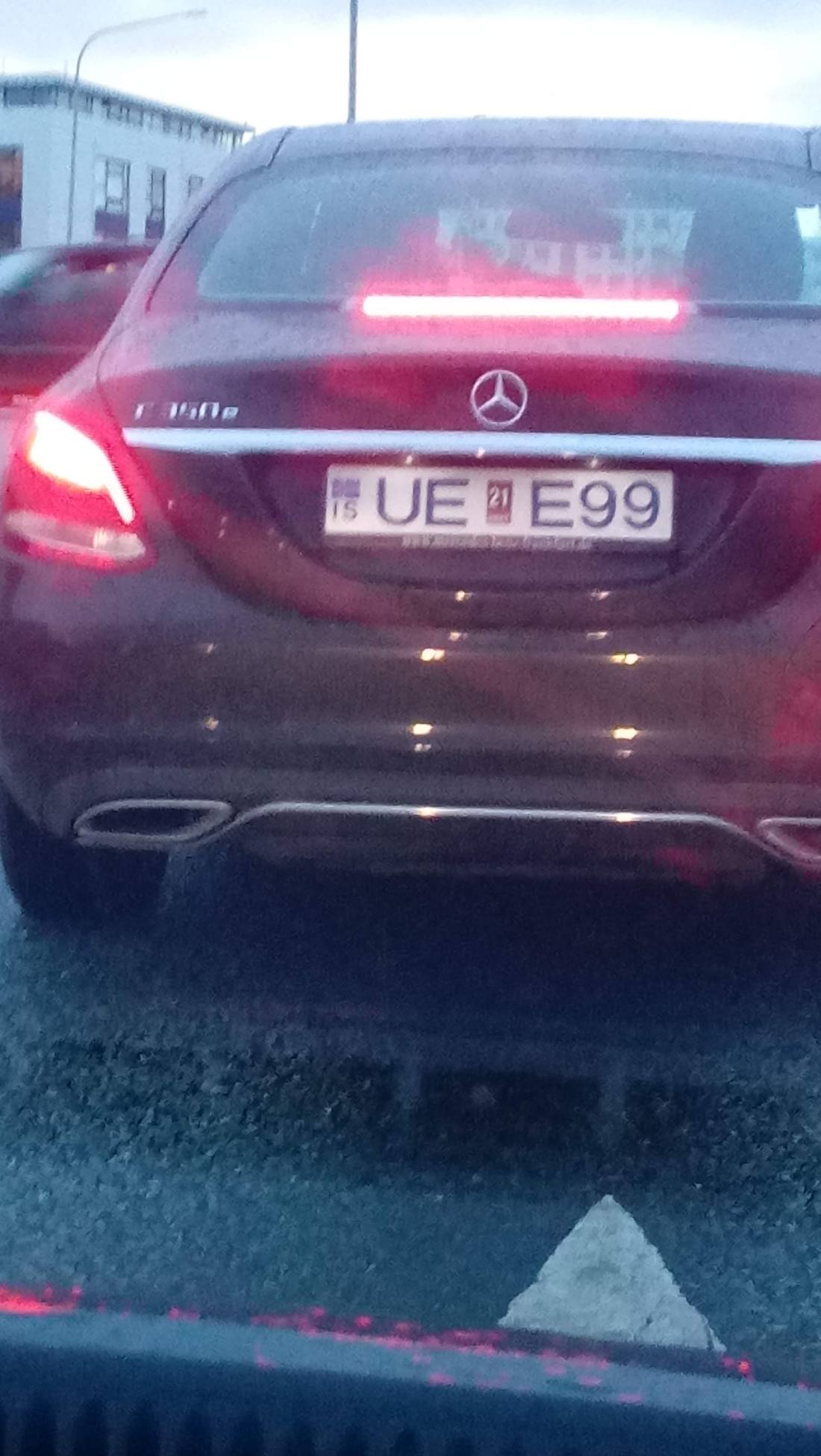 Electric cars are slowing catching on in the US, but they are EVERYWHERE in Iceland.  Since gas runs about (gulp) US$6.60 per gallon and electricity is abundant and super cheap due to geothermal plants all over, it’s the perfect place for the Nissan Leaf, Chevy Volt, and this C-Class Benz just to name a few.  This exact model Benz C350e is sold here in the states, but I have yet to see one on the road. 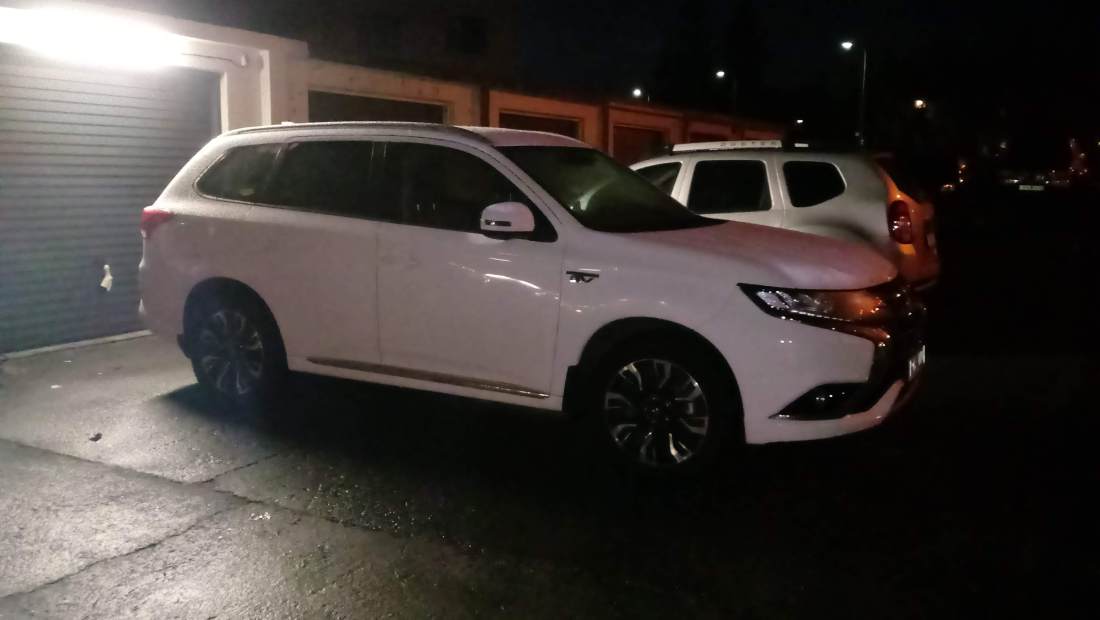 This Mitsubishi Outlander PHEV is also sold in the USA, but I can’t remember ever seeing one at the dealership that’s barely 1000 feet from my house, much less one on the road.  These were by far the most common SUV in Iceland and Mitsubishi has been reporting much higher sales in all of Europe for 2018.  Stateside, the Mi-EV is more common.  Go figure. 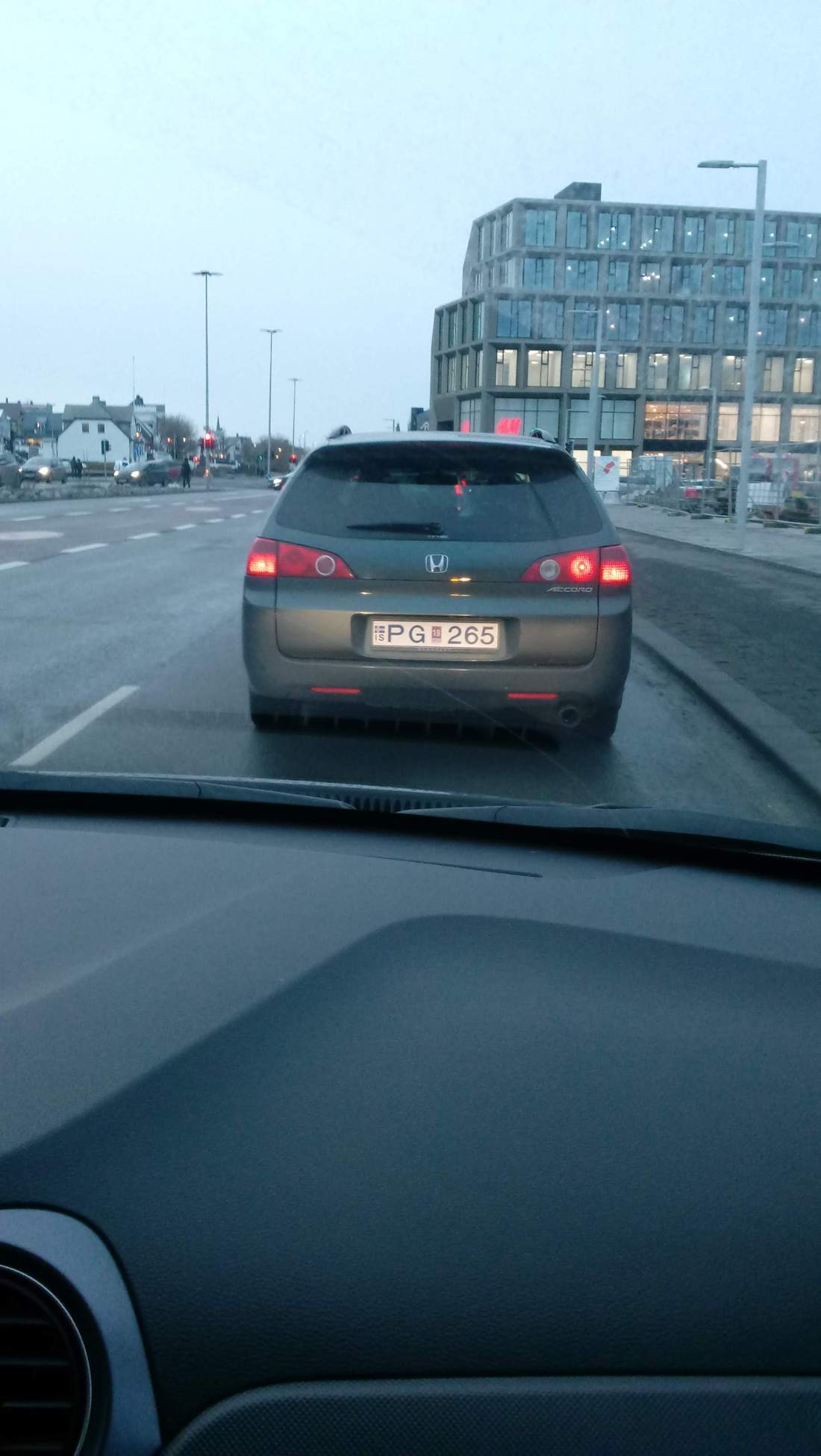 Wagons are nearly as popular in Iceland as SUVs are here domestically.  The only Honda branded wagon I can think of in the past 20+ years is the upscale Acura TSX wagon.  I loved this Accord wagon that slightly resembles a compressed Honda Odyssey.  Without even verifying the mileage estimates, I’m confident it is substantially higher than the CR-V and Pilot.  Stateside, we were cursed with the hideous Honda Accord CrossTour from 2010 to 2015.  Again, go figure!

We were trailing a Civic Wagon for a bit, but I couldn’t get a clear picture since it was near sunset, but with this internet photo you get the idea it’s not the commonplace hatchback version sold here.   I’m curious if gas was $6+ per gallon in the USA, would people largely abandon SUVs and move back to wagons?

Along the same lines as wagons, the Skoda Fabia is referred to as a family car.  It reminds me of a domestic Dodge Journey.

One of my favorite rides in Iceland was the Skoda Octavia Estate.  The ‘wagon’ version of the Octavia outnumbered the sedan version an easy 10 to 1.  The Skoda hasn’t been sold in the USA since the 1950’s.  Volkswagen (Skoda’s parent company since 1991) is debating a return to domestic U.S. sales, but I’ll believe it when I see it.

This Peugeot 207 wagon was older, but since no one has seen a new Peugeot stateside since 1991, the distinctive lion logo stands out.

The Renault Scenic looks similar in size to our rental Hyundai, but it is actually in the same class as the BMW X2.  For this size vehicle, it has very unusual 20″ wheels optional.

in the same size class as the Scenic, this little oddity is the Citroen C4 Cactus.  I’m not sure what the design staff was going for with the soundproof looking material on the doors, but this has got to be one of the most unmistakable rides in the world.

This darker C4 Cactus is a little less polarizing.  Citroen hasn’t sold a new car in the USA since 1974. 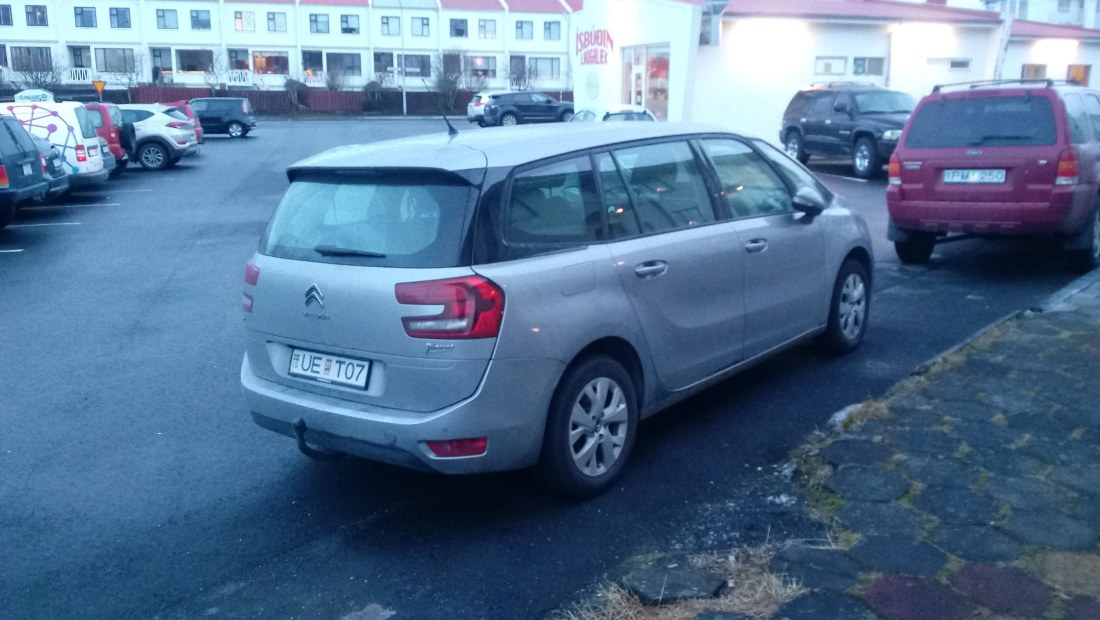 Another Citroen oddity, the C4 Picasso.  The C4 is in several varieties including the Cactus Hatch, SpaceTourer, and the 7-seat Grand SpaceTourer.

I know I’m in the minority, but I think this Chevy Cruze wagon looks better than the Cruze hatchback sold in the U.S.  Although it does heavily resemble a Jetta.

The Kia Cee’d appears to be a Kia Forte with extra cargo room.  The 2018 models are definitely underpowered by American standards with only 118hp, but who doesn’t love a 6-speed manual that’ll get 53mpg?

The Toyota Hi-Lux has been in production for over 50 years, but never sold in the USA as such, but just as “Toyota Truck” until 1995 when the Tacoma name took over.  It’s a very crude workhorse type of truck with a diesel option that would have issues passing domestic safety and emission standards.  Toyota has sold 12 million worldwide since 1968 and in true Toyota fashion, they have legendary longevity.

I saw a handful of these Mazda 6 wagons, but only in unfavorable light for picture taking.  The 6 wagon was last sold in the US in 2007.  Dear Mazda, please bring this beauty back!

This older Toyota Corolla definitely didn’t win any design trophies when it was new and reminded me of an early 1980’s Mazda GLC hatchback.

The Dacia Duster is a slightly odd, but forgettable design.  The Duster is a joint venture between Renault and their Romanian based subsidiary Dacia.  What was so striking about an otherwise unmemorable vehicle is that this was one of very few vehicles I saw the entire week with noticeable body damage.  Is there a law against driving damaged vehicles in Iceland or are they just very good drivers overall?  From our experience in Iceland, I believe it’s the latter.

Driving in Iceland was enjoyable in spite of the loud metal studded snow tires we had on our rental, but the quality of roads were a night and day improvement over a vast majority of the roads I travel daily at home.

Next week – the year in review!